Last week we released Pro Media Tools 1.4.5, a minor update to our suite of media management and workflow tools.

QT Edit has a new quick task to import timecode from Broadcast Wave (BWF) audio files. You can either select a single file to import from or an entire folder. If you select the latter, it will match audio files to video files with the same name in the batch. 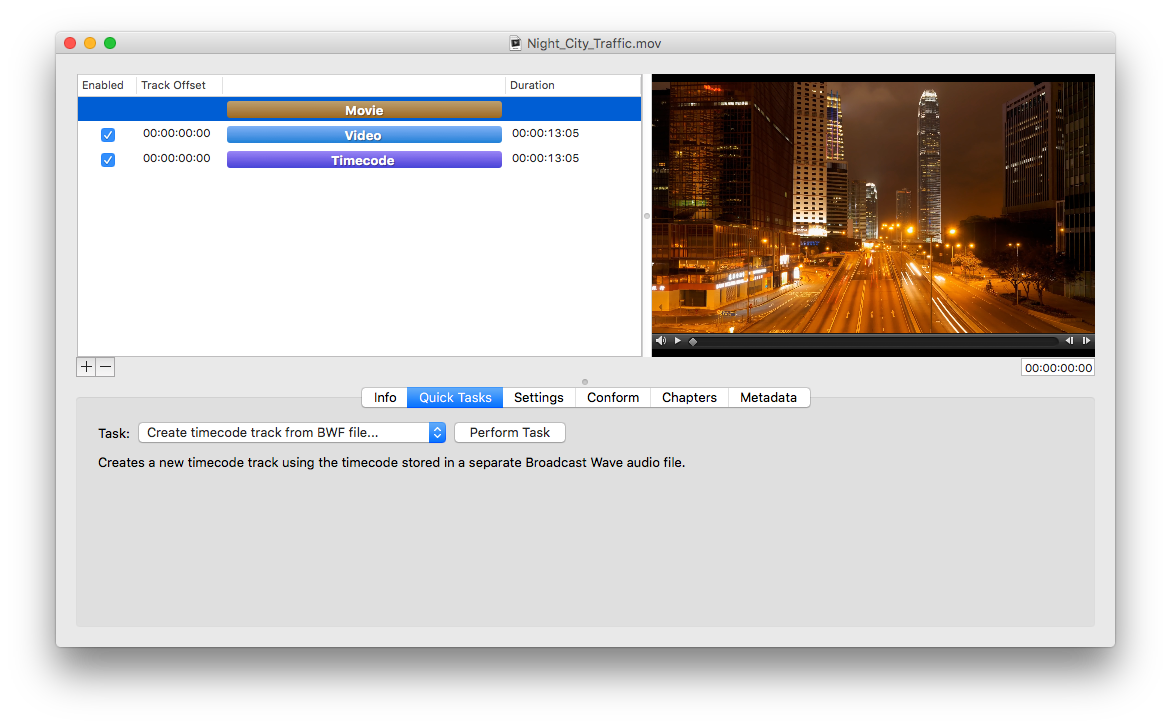 Pro Media Tools is an essential toolkit for media professionals. To find out more, view the feature list, read the user manual or download the free 15-day trial.