How to locate corrupt clips in your timeline

Does your editing application crash when you scrub to a particular point in the timeline? Does it crash or fail at the same point each time you export or render? It's likely that you have a corrupt clip or render file in your timeline.

Corrupt render files are easy to resolve. Most NLEs offer a way to clear out render files, so it's best to try this first to see if it fixes the problem.

If that fails, you'll need to figure out the exact clip that is corrupt. The manual method is to divide and conquer - split the timeline in half, then half again, and so on until you narrow down the offending clip. This can be very time consuming so an easier way is to use Corrupt Clip Finder to scan the project and test each file it finds. 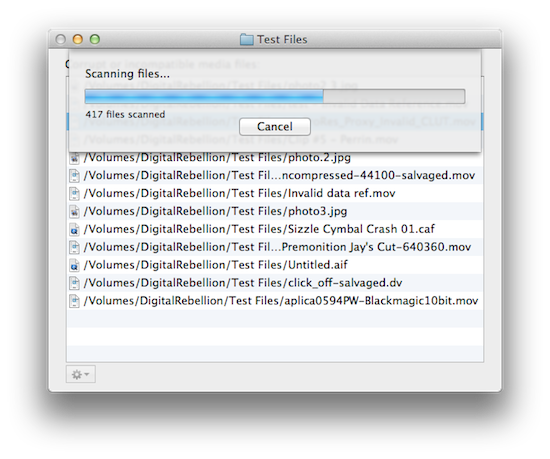 Not every file it flags up will be corrupt, as it will also flag up files that could potentially cause problems, such as CMYK image files or video larger than 4K in FCP 7. You can see the reason it flagged up a file by hovering over the filename in the list.

Once the files are identified, you can choose to quarantine them by moving them to another folder, delete them or attempt a repair. You can also color code them in Finder, which can be useful for highlighting files that appear to work fine but may potentially cause an issue for future reference.