How to export chapter markers from Final Cut Pro X

Much has been written about the missing features in Final Cut Pro X when compared with FCP 7. One particular missing feature that has been causing workflow problems for some people is the inability to add chapter markers to an exported QuickTime movie for displaying on an iOS device or Apple TV.

There are several workarounds, such as adding chapter markers in Compressor, but these can be quite tedious as you need to create them manually. Luckily QT Edit in Pro Media Tools can automatically create chapter markers directly from the markers in your Final Cut Pro X timeline.

Here's how to do it:

1. Add markers to your FCPX timeline where you would like the chapters to occur.

2. Share your timeline to Compressor and use one of the Apple Device presets to create an m4v file.

3. Click on the filmstrip icon in FCPX to go back to the Project Browser and then highlight the project name in the list.

4. Go to File > Export XML to create an XML copy of your timeline.

5. Open up the exported movie with QT Edit.

8. The markers will be imported and automatically added as chapters which can be viewed in the Chapters tab. You can edit the chapter positions and modify their names in this tab. Click on a chapter in the list to jump to that point in the movie.

Important: You must have a chapter on frame 1 in order for iOS to detect the chapter list. If your imported markers do not already have a chapter marker on this frame, set the playhead to the start in QT Edit and click the + button in the Chapters tab. 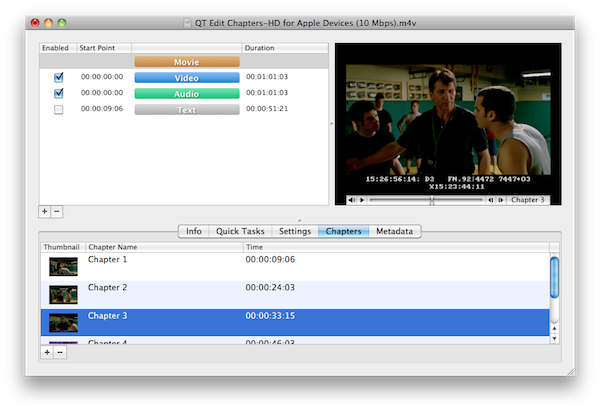 9. Save the movie in QT Edit and sync it to your device. 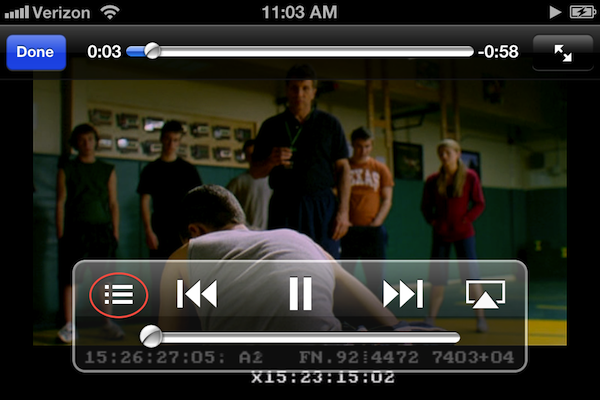 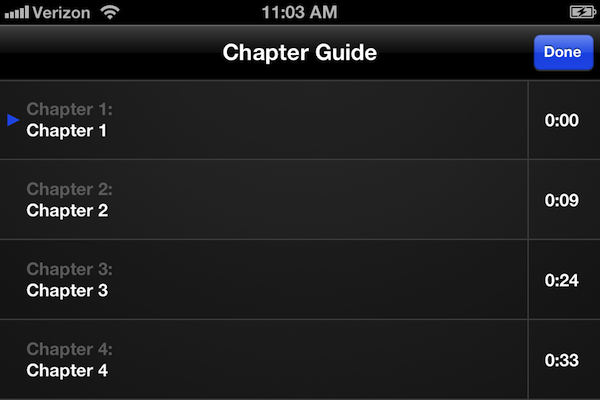 Update: Chapter markers will now also be recognized by iDVD, Compressor and DVD Studio Pro in QT Edit 1.1.6 and higher.