Today we released Cut Notes 1.1, a significant update to our note-taking app for the iPad.

The biggest change in this version is Final Cut Pro synchronization. You can now sync your Final Cut Pro 6 or 7 timeline over wi-fi and have the timecode display in Cut Notes automatically update as you play or scrub in FCP. You can even use the play button in Cut Notes to remotely control playback. 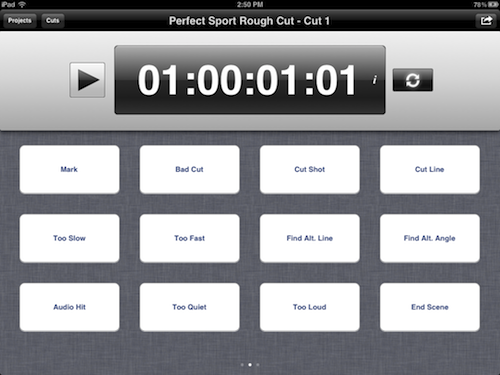 We've also qualified it for iOS 5 compatibility, so we recommend updating before using it on the new operating system due tomorrow.

A notable change from previous versions is that the Hold button has been removed. Holding is now achieved by tapping the timecode as it is playing, causing it to freeze and turn blue. Tap it once again to unhold. 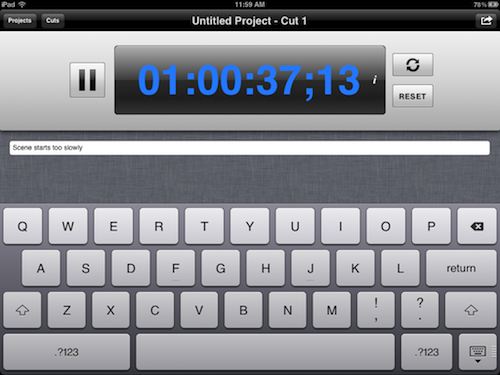 Final Cut Pro sync requires a wi-fi connection to your Mac. Here's how to set it up:

1. Go to Audio MIDI Setup in the Utilities folder under Applications. Go to Window > Show MIDI Window and then double-click the icon marked Network.

2. Click the + button under My Sessions and name the new session Cut Notes. Tick the box next to it to enable it. Under "Who may connect to me" at the bottom, set it to Anyone. In the Bonjour Name field, enter the name of your computer if it is not already set.

3. Now launch Cut Notes on your iPad and click the Sync button. The name of your iPad should appear in the Audio MIDI Setup window on your Mac in the Directory list. Select it and click Connect. It should then appear under Participants on the right-hand side. 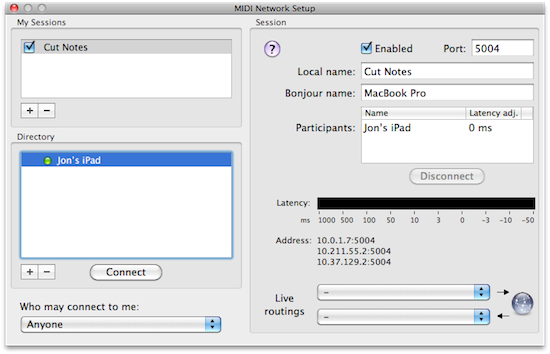 4. In Final Cut Pro, go to Tools > Control Surfaces. Set the "Use" field to Mackie and click the + button. Set both input and output connections to Network - Cut Notes and click Ok. 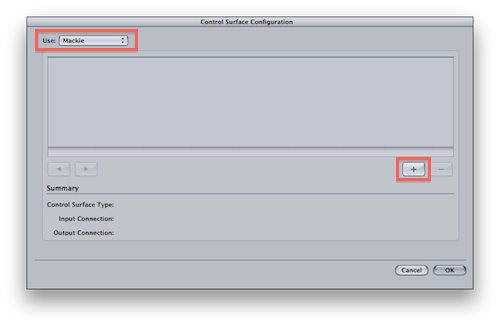 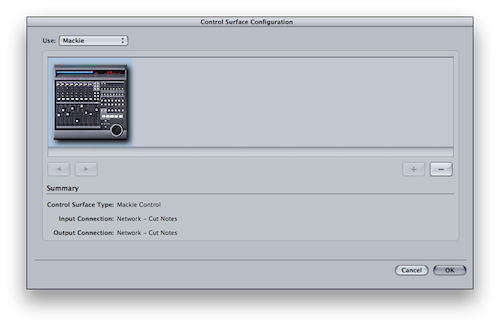 5. Now open the Audio Mixer from the Tools menu. This MUST be open at all times in order for Cut Notes to receive timecode. If you find it gets in the way, drag it off screen or position it behind other windows but do not close it.

6. Now drag the playhead or press play and Cut Notes will update with the timecode of your Final Cut Pro sequence. You can even start and stop playback within Cut Notes itself.

If you have problems setting it up, make sure that you are connected to the same network as the Mac via wi-fi. This will not work over Bluetooth or cellular networks. If your Mac isn't connected to a wi-fi network, you can create a Computer-to-Computer network by going to Airport and then Create Network. You can then connect directly to your Mac from the iPad.

We've listened to the feedback of our users and this is just one of many updates we are planning in the near future. Stay tuned.