Avid Media Composer features a little-known Console window that allows you to enter commands to tune performance, improve debugging and enable hidden features. Many of the commands are aimed at plugin developers but here is a list of several that are generally useful.

To access the Console, go to Tools > Console. Note that many commands will need to be re-applied the next time you launch Media Composer.

By default Avid will only recognize locally-attached hard disks. You can switch off this limitation to enable editing over a network share. Note: do not let others access the project at the same time.

Displays a list of installed AMA plugins and their version numbers. Plugins can also be enabled, disabled and removed through our Plugin Manager app.

Specifies how many seconds of audio to cache before starting playback. If you are getting ADM_COREAUDIO_UNDERRUN or similar errors, you may benefit from increasing this number. You can also decrease it on a fast computer to reduce the time taken to begin playback.

When importing an image via the Import dialog the length can only be specified in seconds. This command allows you to specify it down to a frame.

This applies a rudimentary conform feature by overriding a movie's frame rate with the rate of the project. This can also be done with QT Edit.

Multicam playback is very taxing on a computer because it requires the playback of multiple video and audio streams at once. To help improve this you can increase the number of frames Avid caches before playback starts.

Load precomputes into a monitor

Allows precomputes (render files) to be loaded into a monitor for playback and editing. You'll need to make precomputes visible in the bin before you can do this, by going to Bin > Set Bin Display and ticking Rendered Effects.

Toggle between PSF and progressive

Avid Media Composer and Symphony ship with a wide range of old and modern codecs. They can also be downloaded free of charge for systems without Avid products installed.

* x normally refers to 10-bit codecs but in the case of Avid 1:1x it was used to designate MXF during the transition away from OMF

Try to choose a codec that matches the bitrate of your acquisition format. All codec bitrates are calculated at 23.98 fps.

Avid Media Composer 6 and higher can also wrap ProRes in an MXF wrapper. This is only available on the Mac version of Media Composer.

Our online calculator will calculate storage space for some of these but our Mac and iOS calculators have more options and codecs.

Avid Media Composer traditionally required all media files to be converted to its DNxHD Op-Atom MXF format but recent versions have allowed you to skip this process and import tapeless media instantly. This feature is called Avid Media Access (AMA). Media Composer ships with very few AMA plugins so to support additional camera formats you may need to download and install extra AMA plugins.

Using AMA is not without its pitfalls so here are some ways of reducing problems.

How to fix hasplmd crashes

If you run Avid Media Composer 6 on Lion you may have experienced an issue where a process called hasplmd crashes literally every 10 seconds. This fills up your Console logs very quickly and causes the crash reporter to be constantly running and writing to the hard drive.

Here's a an example of my Console log (abridged):

hasplmd is used for dongle verification, although it took me a while to notice because I use Avid with a dongle and it worked just fine in spite of the crashes.

To fix this, download the newer 6.23 version of the drivers here (I chose the GUI version).

Alternatively, to disable hasplmd completely, type the following command in the Terminal:

You'll need to type your password after doing this.

Developer features I will miss from Final Cut Pro 7

I'm currently working on a feature film that will be my last Final Cut Pro 7 project. I'd just finished implementing a custom solution to automatically log and sort clips as they are brought in, when it suddenly occurred to me that a lot of what I was doing would not be possible in the future with a competing NLE (at least not on the Mac; Sony Vegas has great scripting capabilities).

Here is a summary of things we can do with FCP 7 that is impossible or less smooth with its replacements:

(Note: we don't develop effects plugins so this post does not delve into plugin-related differences between the apps. But it's a post I'd be glad to link to if someone else writes it.)

Developers can use Apple Events to perform such tasks as programmatically saving and loading projects, highlighting items in a bin and searching. None of the competing apps are able to do this.

We can also communicate with Final Cut Pro over MIDI, which we put to good use in Cut Notes, but Premiere and FCPX unfortunately lack this feature.

It is important to be able to easily get data in and out of the editing application. There is mixed support for this among competing apps. Avid has XML output via FilmScribe but this is not as fully-featured as FCP XML and I have found the FilmScribe app to be unreliable. FCPX XML exports do not include all of the information within the project or event. Premiere gets full marks for including FCP 7 XML interchange support. 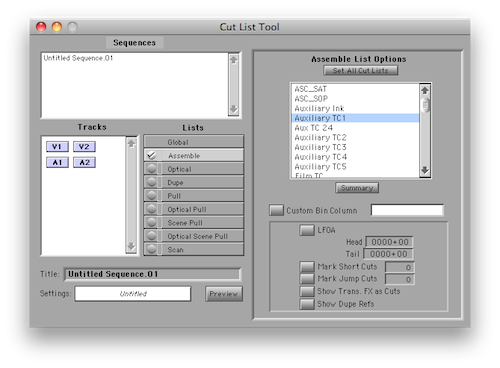 Avid does get some bonus points for being able to import and export marker lists though, which none of the others can (it's even better than FCP 7 which was limited to export only). Some people would say this feature is unnecessary if you have XML input, however it's very useful for applications that don't need or cannot access the underlying project, such as our own Cut Notes app.

Probably the most useful feature is the ability to change data within the project. You can add new clips, batch modify metadata and sort clips into bins. It's very powerful and you can specify various options when importing a clip or bin such as only adding clips that do not currently exist or making copies of existing clips.

More importantly, it can be done on the fly without needing to close the project or modify any files on disk. Quick Bins, FCP Versioner and several of our other apps make use of this feature. 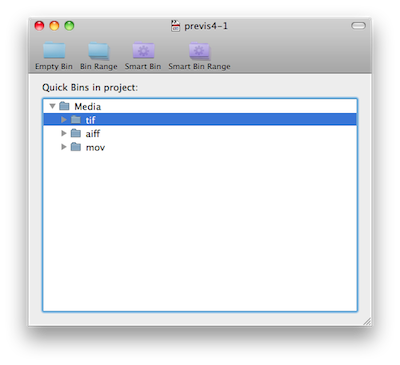 Avid doesn't support this at all and Final Cut Pro X and Adobe Premiere only support this via manual XML import / export.

These are all great features that we're putting to good use in our apps and it's a shame to lose them. We've developed workarounds for most of them but these often require additional manual work by the user, which we're keen to avoid.