WWDC is right around the corner and Apple will most likely be unveiling a new version of OS X. Here's what we'd like to see. 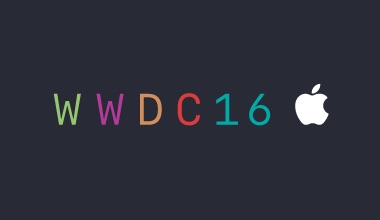 H.265 (also known as HEVC), promises to halve the bitrate of its predecessor, H.264. This means that you can deliver the same video at half the bandwidth, or alternatively double the quality within the same bandwidth. This could greatly increase the popularity of 4K video on the web.

The problem so far has been a legal one - instead of having everything tidily packaged within a single patent pool, there are two competing pools in competition with each other.

In particular, the HEVC Advance pool initially had onerous terms that would have cost hardware and software providers considerably more money than they paid to license H.264. Most of these provisions have now been scaled back fortunately.

In OS X 10.11, Apple added a Dark Mode option which dims the menu bar to fit in better with dark-UI pro apps like DaVinci Resolve.

We'd like to see this taken one step further and offer the ability to toggle the entire UI of an app light or dark. For many apps this will require no changes so it could probably be an opt-out option for developers.

When Apple introduced OS X 10.9 they included Finder tags which allowed you to tag a file with additional metadata.

However, this is not particularly useful because the tags appear as color dots instead of text and they are very small and overlap each other. It also means you can no longer color code the entire filename, making it easy to miss color-coded files.

So my proposal is for two types of tags: color tags and text tags. Color tags affect the background color of the file in the list and can be easily spotted when scrolling. You can only assign one color to a file.

Text tags do not affect the background color of the file, even when colored, but appear in a bubble next to the filename. So you can tag it “VFX” and “Delivery" for example and anyone can see at a glance that it is a VFX deliverable. Any tags that can’t fit in can be expanded by clicking an ellipsis icon next to the filename.

It should be possible to stream video from a Mac video player like QuickTime or CinePlay to an Apple TV. This is something that can already be done in iOS but still hasn’t made it to the Mac.

There are some solutions to this but they are very hacky and developers would benefit from an officially-sanctioned method.

There are some very powerful tools in Apple’s AV Foundation media framework. Unfortunately many of the functions for scanning media files and extracting information are limited only to files that exist on the user’s local hard drive. This can limit the options you have for dealing with files on a remote web or FTP server.

There is no real reason for this because even though the data originates on a remote server, it still ends up in memory and/or cached to disk, depending on the situation. Because AV Foundation is built to be asynchronous, there is no reason why this data cannot be provided to an app as and when it is downloaded.

Apple needs better support for SVGs throughout the OS such as more accurate rendering in QuickLook and the ability to see thumbnails.

We'd especially like to see an easy way to use SVGs within a user interface, which could make the aforementioned Dark Mode a little more painless to implement.

Now that AV Foundation has matured and inherited many of the more advanced features of QuickTime, it's time for Apple to fix the biggest omission: third-party codecs. It would be even better if there were ways for developers to also override functionality such as streaming and caching with custom behaviors.