Thoughts on the 2019 Mac Pro and Pro Display XDR

Today Apple unveiled the new Mac Pro, which is an attempt to woo understandably wary and skeptical creative pros. Here are my initial thoughts. 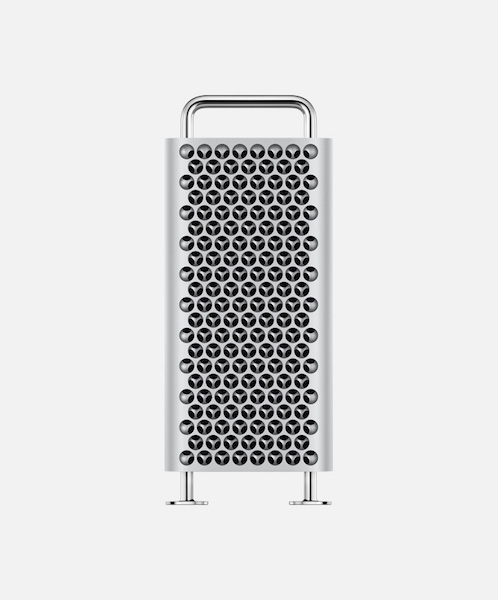 From the outside it looks a lot like the old “cheesegrater” Mac Pros. It’s interesting to me that Apple chose to go back to an old design rather than attempting to push the envelope like they tried with the “trashcan” Mac Pro. But as many people preferred the older design this is certainly no bad thing.

While I wouldn’t describe the design as sexy, I doubt many creative professionals care too much about the look of a box that goes under their desk or in a server room. The trashcan Mac Pro was very much form over function and I would certainly trade form for increased function.

Apple products have a reputation for getting thinner and lighter with each iteration but it’s worth noting that the new case is slightly taller and wider than the cheesegrater case, while the depth is about an inch less. The weight is similar to the cheesegrater version. 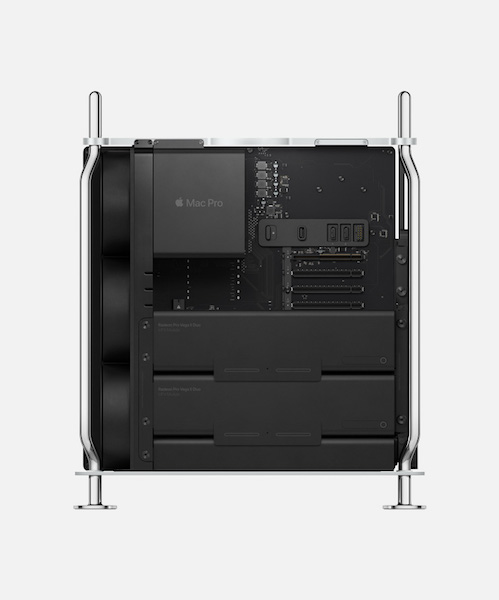 The similarities to the old model continue on the inside. The internals should look very familiar to anyone who opened up an old cheesegrater Mac Pro. Many of us suspected Apple might offer minimal or no expansion, instead requiring users to add devices externally via Thunderbolt. Luckily this was not the case. Bringing back PCI slots got a round of applause during the keynote for some reason (no-one should applaud the fact they were ever removed), and there are eight of them this time compared to the cheesegrater’s four.

The Mac Pro supports the latest AMD graphics cards. NVIDIA cards were conspicuous by their absence, so that will be an issue for anyone relying on CUDA. Apple and NVIDIA had a falling out a while ago and it’s unclear at this point whether NVIDIA will be able to make their cards Mac Pro-compatible independently of Apple.

One of the most interesting aspects of the announcement to me were the available accessories. Not only is Apple offering rackmount options, they are even offering wheels to make it easy to transport (those cheesegraters were heavy). Apple’s phone/tablet hardware business has peaked, so in addition to services, Apple may be putting emphasis on squeezing as much money out of professionals / businesses as they can, and pro accessories would be a way to do that.

On the topic of rackmounting, it’s worth noting that Apple implied it’s a specific rackmount case you buy at the point of purchase, not simply a rackmount kit fitted to the existing case. Based on the width of the desktop case, it would be 5U in height when placed in a rack. So this isn’t really a replacement for the discontinued Xserve which was a 1U server. However, some racks have 26” in depth available which means Apple could potentially offer a deeper case that takes up less vertical space.

Another accessory is the Afterburner ProRes accelerator. While it can accelerate regular ProRes, it seems like it is designed more for Apple’s new ProRes RAW format. Apple claims it can accelerate up to three streams of 8K RAW or 12 streams of 4K RAW. Whenever we’re talking about acceleration, it’s always worth mentioning that the card isn’t all you need to achieve this - you also need storage that can handle that bandwidth too. 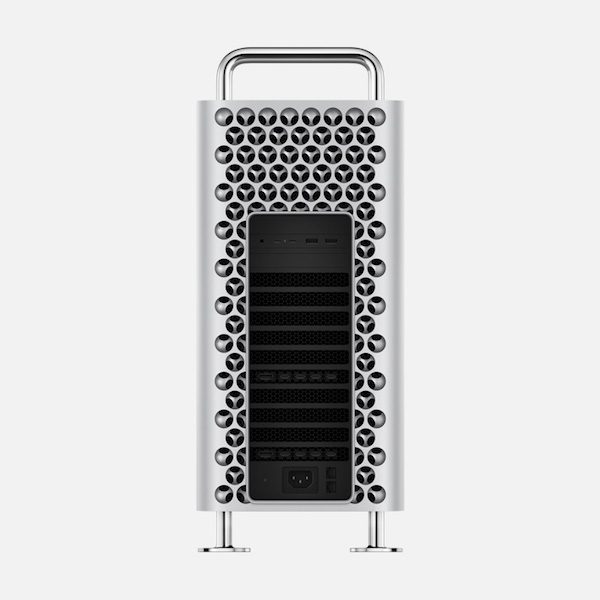 Basic I/O rear ports are handled via a card, implying you could add additional ports or change these to better fit your needs if necessary. But the card seems decent - it even includes USB-A ports, as well as two 10Gb-E ports (this elicited no reaction from the crowd but it definitely should have).

Apple is including a monster 1.4 kilowatt power supply in the system, capable of delivering 1280 watts of power continuously, however in reality you would only get this kind of power draw if you max out the specs, fill it up with graphics cards and set it churning away on a complex render.

In the US, most household circuits are 15 amps at 120 volts, meaning the maximum power draw for a single circuit is 1800W, with a continuous draw of around 1440W. This means that at 1280W there is a narrow overhead before the breaker trips, so you would need to be mindful of what else is plugged into the same circuit at the same time (note that a circuit may consist of multiple outlets). Most people probably won’t have to worry about this but it’s an important thing to think about if you’re planning to max out the specs.

So what about the price? The entry-level trashcan Mac Pro started at $2999 and the new model starts at $5999. In other words, without directly comparing specs, the base cost doubled from one generation to the other.

Ever since the Intel switch, people have debated whether Mac Pros actually needed server-class CPUs and ECC RAM. Apple could have included i9s and non-ECC memory in entry-level models to lower the price, or they could have simply adopted a Xeon configuration that could be achieved at a $2999 price-point.

Remember, $5999 is the base configuration so you may be looking at $8000 or more once you add accessories and tax. To max out the specs will likely cost well into five figures. So if you find yourself balking at that price, it’s likely you’re not the target market. These prices, along with options like rackmounting, suggest to me that Apple’s intending to sell these primarily to companies rather than individuals.

So while some may be disappointed in the pricing, I’m just glad Apple is making pro-grade hardware again. Let’s hope they keep it fast with regular spec bumps and not allow it to stagnate like the trashcan model. 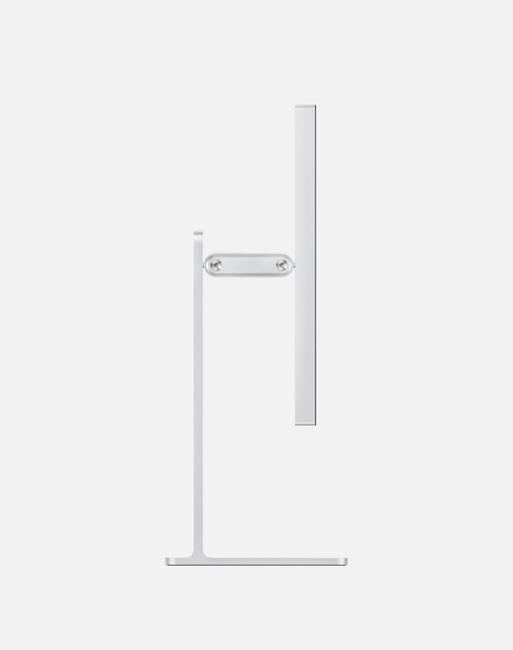 The specs of this display are impressive and as Apple pointed out, no display currently exists with 6K resolution, 1000 nits of brightness, P3 10-bit color and 1000000:1 contrast ratio, all in a single display. They even have a whole nano-texture glass option to reduce glare.

Just like the Mac Pro, it’s not sexy, which is perhaps more of a problem for a monitor that sits on a desk than a computer that’s hidden away. I’m also concerned about the level of heat that even necessitates a large grille on the back, which is not something you commonly see on a monitor. 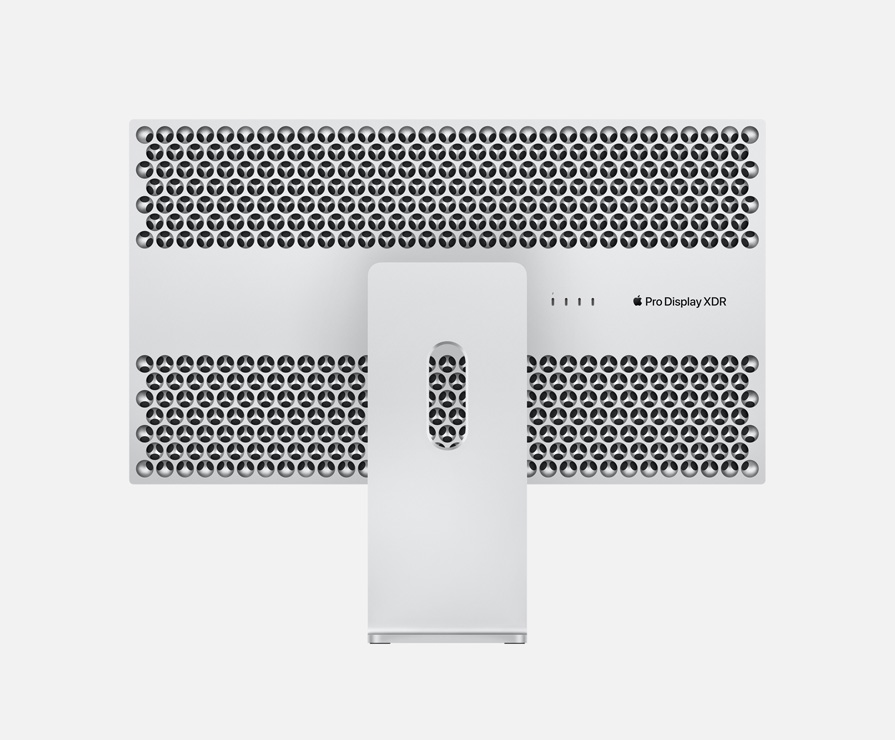 There’s certainly no doubting the specs of this display, which are truly impressive. Apple is intending this to be a replacement for $42,000 reference monitors. While it offers reference modes like Rec. 709 and P3-DCI, the colorists I follow on Twitter who might be expected to purchase such a device seemed skeptical that it would truly replace professional reference monitors.

The price starts at $4999 for standard glass and $5999 for anti-glare nano-glass. If you listened carefully during the keynote, you could hear the audience groaning and muttering  when the prices were announced.

But if it truly can replace a $42,000 reference monitor then this pricing is a bargain. What is definitely not a bargain is the $999 stand. There is no way the stand costs anywhere near that to produce, so it’s massively overpriced. The VESA mount is a more-reasonable $199 so it seems as if Apple is either blatantly profiteering or trying to actively encourage people to mount their displays.

Just like the Mac Pro, it seems like it’s again geared at companies rather than individuals - there’s no way Apple would sell individuals monitors without a stand. They'd just include it in the box and increase the price.

The specs are great and I’m glad Apple’s making pro-grade hardware again. Companies will probably pay the Mac Pro surcharge without complaint, while individuals who don’t want an iMac will still be left wanting. Apple will make a lot of money from bulk purchases and accessories.

I’m really not sure how successful the Pro Display XDR will be. Reference monitors are niche, $42k ones especially so. It’s too expensive for people to buy as just a regular desktop display, while people who can afford $42k reference monitors may not be swayed by it and probably aren't price-sensitive anyway. For people who just want the basics as cheaply as possible, there are reference monitors available at much lower prices. So it’s for the people in the middle: those who want a reference monitor and need features like HDR for whom $3k is too low and $8k is too high  - a niche within a niche. It seems a strangely small target market for a company as large as Apple. The Apple brand may well shift some units but it's hard to see it being a big success.

Posted by Jon Chappell on Jun 4 2019 to Analysis, Apple, Hardware