There's a bug in the DaVinci Resolve 12 beta that can cause the contents of a bin to disappear if certain characters are used in the bin name. What makes it particularly concerning is that there is no indication that anything is amiss until the project is loaded again, so it is easy to lose hours of work this way.

And because the bug only occurs when a project is reloaded, you cannot load up an autosave to get the clips back either.

Here's how to reproduce it:

2. Drag some clips into it. 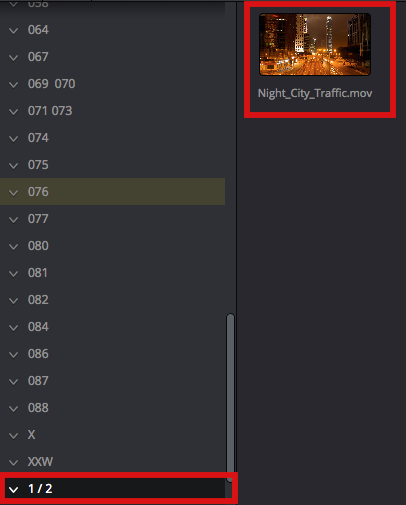 3. Save the project and close Resolve.

4. Reopen Resolve. The bin will now be called "1" (everything after the forward slash is omitted) and will be completely empty. 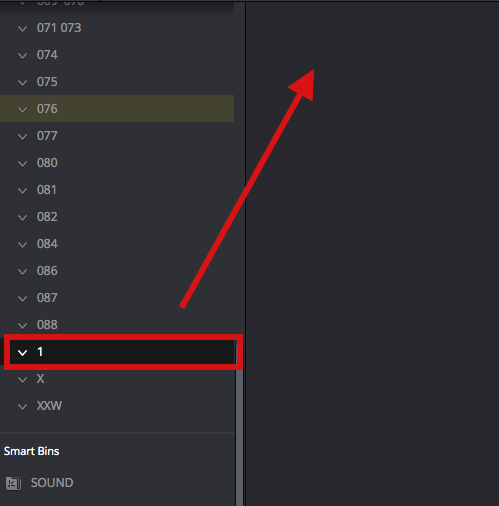 It's worth noting that the clips and sequences do not appear to actually be removed, just hidden. You can verify this by attempting to create a new sequence with the same name as one that disappeared, only to be told that a sequence of that name already exists.

I have not however been able to come up with a strategy for unhiding the bin contents again - renaming the bin back to the old name did not restore the clips. If anyone can come up with a way of doing this I'd be very interested to hear it.

Posted by Jon Chappell on Sep 1 2015 to Bugs of the Week, Color Grading, Software
Permalink

When copying certain files to a network volume on OS X 10.9, Finder (or indeed Path Finder) will copy the first 12 KB and then beachball for minutes before eventually completing the transfer.

Our testing has indicated that this seems to occur when overwriting files from a local disk to the network volume and seems to only occur with .app application bundles. We believe this may be something to do with resource forks because it is rare for files other than applications to have them and network volumes do not support them. It does not occur on file transfers between the same network drive or from one network drive to another.

It's a nasty bug because it not only causes Finder to hang for minutes but can also affect all other applications using files on that volume. It has even a couple of times completely prevented any network or internet access at all for the duration of the file transfer.

We've reported this to Apple and are waiting on a fix. In the meantime, the easiest way is to either delete the destination file and then copy it or compress the .app bundle, copy it and then decompress.

Posted by Jon Chappell on May 28 2014 to Apple, Bugs of the Week, Software
Permalink

Here's another installment of bugs in your NLE you should know about.

Durations are wrong, nests must be pre-rendered

TickTime error can occur on media where Interpret Footage is activated

It's better to license CS6 and CC on different Adobe IDs

Bins in subfolders move about as you navigate the project

Background processing may not work if your DNS setup is incorrect

Perian can cause files to fail transcoding

Posted by Jon Chappell on Oct 21 2013 to Bugs of the Week, Video Editing, Software
Permalink

After a long break, our list of NLE bugs you should know about is back.

In and out points change when relinking EDL

Overview of the changes in Media Composer 7.0.2

Plugin effects can disappear upon export

Sony XDCAM plugin can conflicts with other plugins

Sapphire 7950 cards can cause rendering issues in FCPX

Putting a blur filter on interlaced footage softens it, even if the blur is set to 0%. Softening also occurs in progressive but it's much less noticeable (thanks Andy).

When cutting multicam, switching angles after adding a 3rd party transition will cause a cut at the end of the transition and the rest of the clip will revert to a normal clip type. (from Strypes)

Posted by Jon Chappell on Sep 16 2013 to Bugs of the Week, Video Editing
Permalink

Here's another installment of critical, useful or bizarre bugs in your NLE that you should know about.

Update 7-1-13: Adobe has posted a candid response to the multicam bugs.

Match frame may not match to the correct clip

Timecode is not preserved when sending to SpeedGrade

Labels can disappear in CS6

Not all AMA plugins are compatible with MC7. Here's a list

Dynamic Media Folders do not work correctly with audio files

After Effects is not compatible with OS X 10.9

Posted by Jon Chappell on Jun 30 2013 to Bugs of the Week, Video Editing, Software
Permalink

After a bit of a hiatus, Bugs of the Week is back again.

Matrox Mini is not yet supported in Premiere CC

Audio gets cut off at the end of a clip

Fix for Cineform clips being the wrong duration (Windows)

Workaround for failure rotation stabilizer failure in the 3DWarp effect

Performing a mixdown instead of transcoding can sometimes prevent gamma shifts

Dongle Manager may not launch if permissions are incorrect

Apple finally fixed a bug we reported a year ago that prevented certain apps from opening QuickTime movies that did not have a chapter marker on the first frame. We've been working around it but it is now fixed in OS X 10.8.4 so we recommend updating.

Posted by Jon Chappell on Jun 23 2013 to Bugs of the Week, Video Editing, Software
Permalink

Another installment of our weekly list of serious, useful and unusual bugs in your NLE.

Text cannot be dynamically linked to After Effects

Workarounds for sending audio from Media Composer to Adobe Audition

Posted by Jon Chappell on May 4 2013 to Bugs of the Week, Video Editing, Software
Permalink

Here's another installment of our weekly list of critical, useful and bizarre bugs in your editing system.

Workspaces may not save on dual-monitor systems

Lots of reports of export failures in 10.0.8

Posted by Jon Chappell on Apr 27 2013 to Bugs of the Week, Software, Video Editing
Permalink

After a long NAB-related hiatus, Bugs of the Week is back with a listing of serious, useful or bizarre bugs you should know about.

How to batch export to Adobe Media Encoder

Posted by Jon Chappell on Apr 20 2013 to Bugs of the Week, Video Editing, Software
Permalink

Here's another rundown of critical, strange and useful bugs in your NLE.

Premiere does not currently support the XAVC codec

Gain adjustments are not included in OMFs

The latest Mac Minis are now qualified for 6.5.2

More tips on dealing with clip names in Resolve 9

Button configuration can reset after relaunching the app

Trimming in audio mode can switch you back to edit mode

Certain flavors of H.264 can produce green frames when brought in via AMA

Only the first channel of a multichannel audio interface is recorded

Posted by Jon Chappell on Mar 2 2013 to Bugs of the Week, Video Editing, Software
Permalink